Diligent Legal Representation for the Injured

Pedestrians are among the most vulnerable of all individuals when it comes to traffic accidents. With little to no body protection, they can suffer serious or even catastrophic injuries when struck by a vehicle, motorcycle, or truck while on foot. The impact can easily throw a pedestrian several feet into the air causing further damage when striking the pavement, ground, or other objects. Even as speeds as low as 25 miles per hour, a pedestrian who is hit by a car can be seriously hurt. Such injuries can be life-altering events that change their future forever. They can also lead to death.

If you or someone you know has suffered such injuries or lost a loved one in a negligence-based pedestrian accident, you deserve diligent and aggressive legal representation. Obtaining a full and fair settlement from an insurer is never easy without an attorney. At YD Injury Law, serving clients throughout all areas of greater San Diego, we know how difficult it can be. We deal with the consequences of personal injury accidents every day. That has given us the kind of experience in handling claims and lawsuits that can significantly increase your chances of an optimum settlement. With over $45 million obtained in settlements and court verdicts, we can apply our years of success and skills to your case.

According to the Governors Highway Safety Administration (GHSA), 2019 saw 6,590 pedestrian deaths from accidents, the highest number of fatalities since 1988. The GHSA Executive Director has stated that this is more than a 50 percent increase in the past 10 years and is an alarming trend. It amounts to 17 percent of all traffic fatalities in 2019 in comparison to only 12 percent 10 years earlier. Other traffic fatalities over the past 10 years have increased by only two percent. While safety features and technology have made it safer to drive and occupy motor vehicles, pedestrians have no such advances or protection. A pedestrian’s exposure remains total and thus they are completely susceptible to grave or deadly injuries when hit by any type of vehicle.

Further information about the trend from the GHSA highlights the fact that these accidents have increased by 67 percent at night, that they occur locally, and are often the result of unsafe driving behaviors. These behaviors include speeding, driving when drowsy, distracted driving that includes texting, cell phone usage, and other actions that take a driver’s attention off the road, as well as driving under the influence of alcohol and/or drugs which accounts for nearly half of the pedestrian fatalities of 2018.

According to California’s Office of Traffic Safety, 893 pedestrians lost their lives in 2018 which accounted for a 26 percent rise from four years earlier. Close to 7,500 pedestrians have been killed in California accidents from 2009 to 2018. The fatality rate for pedestrians in California is close to 25 percent higher than the average across the nation.

Why You Need YD Injury Law on Your Side

You deserve fair and full compensation when you have been injured or have lost someone in a pedestrian accident where someone else was at fault. However, it is rare that the other party’s insurer will be empathetic. Insurance companies are notorious for offering as little as they can get away with. Their adjusters and legal teams are trained to use tactics and ploys to devalue your claim as much as possible. This commonly leads to a figure that is much less than what is fair, just, or what an accident victim may need to cover the full extent of past and future expenses and damages.

That is why you need a San Diego pedestrian accident attorney who can aggressively negotiate for maximum compensation. Our firm is persistent. We will fight for what is right and best for you from the start of your claim to its conclusion, whether in or out of court. You will never pay anything upfront – you will pay nothing unless we win the compensation you need and deserve.

When a pedestrian is hit by a car, SUV, truck, or other commercial vehicle, the consequences can be devastating. In the worst cases, they can last a lifetime.

These injures can include: 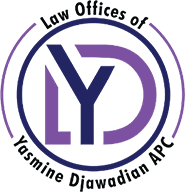 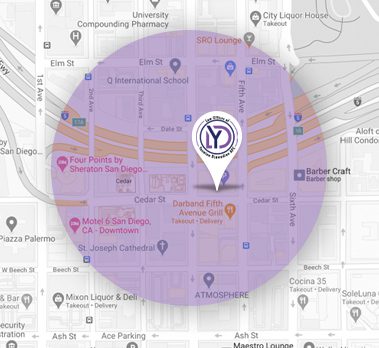